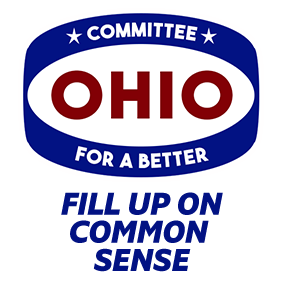 The Proper Role of the Republican State Central Committee Chair

What is the proper role of the Republican Chair of the State Central Committee (SCC)?

The County Central Committee (CCC) is the local infrastructure to:

The State Central Committee provides the State infrastructure to:

The CCC has the heaviest lift. They must find volunteers willing to do work for the party. Normally, this work is done for free because the volunteer believes in the platform and the goals set at the local level.

Because many CCCs and SCCs only became preoccupied with election races - many didn't see the value to drafting a platform or to have education programs that all help in winning election races. Many CCCs became lazy and empowered an executive committee to do their work for them. The County Central Committee members stopped having meetings, stopped having platforms, and stopped educating the public on issues. Today, many CCCs have many members that are inaccessible by the Republicans in their precincts. Many, might put a yard sign in their yard and talk up a candidate or two before election day, but most have no idea of the jobs they are supposed to be doing.

The State Central Committees tends to be even worse. Their members are supposed to be attending all CCC meetings in their district. They are to report to the CCCs what they plan on doing at the state level and give feedback to the SCC of what the CCC believes they are doing right or wrong. They are supposed to be evaluating the CCCs in their district to make certain they are pulling their weight.

Normally, the SCC will hold a convention every 4 years to draft a platform of 12 issues that they believe they can raise money from because these are issues that Republicans are passionate about. During this meeting they normally set 5 long-term and 5 short-term goals.

The County Central Committees will normally hold their convention every 4 years after the State convention. They as well, will draft a platform of 10-12 issues they can raise money from and engender passion for the party. The SCC normally stays away from social issues and lets each CCC adopt these issues as part of their platform. During this meeting they set a mission statement, a vision statement, and set 5 long-term and 5 short-term goals.

If, when a candidate is vetted at either the County or State party, as long as they have been found to support the respective platforms then they are financially supported. This is true, even if a candidate holds views that are different than the SCC or CCC Chair.

A SCC or CCC Chair is never supposed to admonish or marginalize another Republican, especially in public. The SCC and CCC are supposed to remain unbiased arbiters in internal struggles. They may help to mediate disputes so that the disputes do not tarnish the Republican party brand. If a Republican officeholder does something that is in opposition to the Republican platform the CCC or SCC chair may convene a meeting and draft a resolution condemning the action.

You see, the Chairs of the SCC and CCC represent their respective groups. They are a spokesperson for that group. That means even though they may have an opinion, many times they cannot publicly state that opinion due to their position.

As SCC member and CCC members forget their jobs, so too have party Chairs at the county and state level become flippant and lazy. As this happens - more and more power tends to concentrate at the top and what was a bottom up member-driven organization has become a plastic, fake shell of itself, with orders coming down from the top that few can be passionate about.

It is no wonder why there is a lack of enthusiasm for the Republican party but tremendous enthusiasm for Donald Trump. Donald Trump is a masterful leader of a member-driven organization. America wanted a wall and he is delivering on what the members want. Too many times the wizards-of-smart, believe they know better than the public. If they don't try to educate the public then they have a real problem trying to change public opinion. That is why the American public feels as if they are in a propaganda war and they have a hard time believing anyone.

We really need to encourage our SCC chair to quit publicly attacking Republican candidates and officeholders. She needs to let the SCC members do that through a resolution. She should start doing what SCC chairs do - their jobs...or she should step aside and run for office.

Donations are not tax deductible.